The Ashkenaz Festival is one of the largest and most prestigious showcases of Jewish music and culture anywhere in the world.  Since 1995, the festival has taken place biennially at Harbourfront Centre, Toronto’s premier venue for the presentation of world and folk culture and for the meeting of diverse communities through the arts. Originally founded as a showcase for Klezmer and Yiddish music and culture, the Ashkenaz Festival has evolved over the years into an eclectic showcase of global Jewish art and culture, encompassing not merely the traditions of eastern Europe, but also Sephardic, Mizrachi and Israeli culture, and all manner of cross-cultural fusion. The Festival is offered 90% free to the public and attracts a multicultural audience of over 60,000 people. Nowhere else in the world does so large and diverse an audience come together to experience Jewish cultural arts. Though strongly focused on music, Ashkenaz is a multidisciplinary festival, including dance, theatre, film, literature and talk, visual arts, and kids/family programs. Ashkenaz usually features over 80 performances and 200+ individual artists, hailing from across Canada and around the world. Over the years, Ashkenaz has presented artists from over 25 countries and 6 continents.

The Ashkenaz Foundation celebrates global Jewish music, arts and culture that embraces the past, present and future. While rooted in the spirit and forms of the Yiddish culture revival, Ashkenaz seeks to spotlight a broad range of multi-ethnic Jewish identities and artistic/cultural traditions.  Emphasizing cross-cultural creativity across a wide spectrum of Jewish and non-Jewish traditions, Ashkenaz spotlights world-class artists and also nurtures emerging artists. Through its biennial Ashkenaz Festival and a robust slate of year-round programs across the GTA, Ashkenaz seeks to reach the largest possible audiences, establishing appreciation and demand for high-quality Jewish arts and culture in the mainstream consciousness, and providing its core Jewish audience with a source of pride, inspiration and community cohesion. 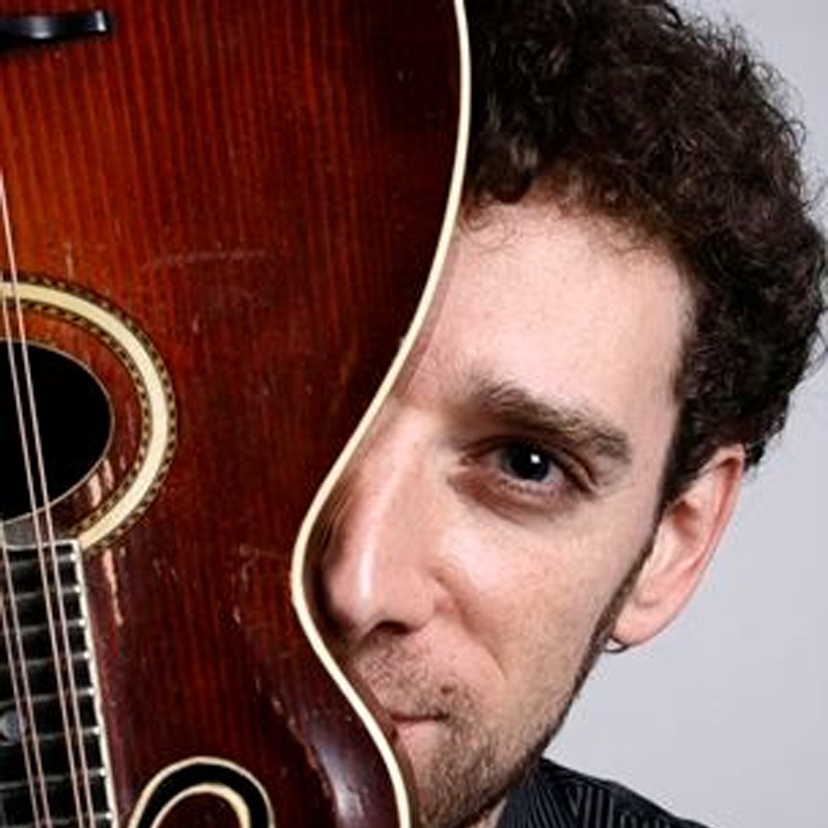 Artistic Director Eric Stein is an accomplished musician and bandleader, an award-winning songwriter and recording artist, and a leading figure in Canada’s Jewish music scene. He is founder and leader of the innovative klezmer-world fusion band Beyond the Pale with whom he has released four award-winning CDs and performed extensively across Canada and internationally. He is also the founder-leader of the Brazilian choro ensemble Tio Chorinho, a founding member of the international supergroup the Ger Mandolin Orchestra, and has performed with many other leading artists, chamber groups, symphonies, and choirs. As an artistic producer and curator, Eric has a wealth of knowledge in Jewish musical and artistic traditions, and maintains an extensive and ever-growing network of artists and presenters working in the field. Eric’s stellar curatorial skills, and expertise in concert production, talent management, and marketing, have made him an asset to Ashkenaz since he assumed its Artistic Directorship in 2006. Prior to joining Ashkenaz, Eric worked in curatorial/administrative positions with KlezKanada, Toronto Jewish Folk Choir, and Shevchenko Musical Ensemble. Eric is also a regular faculty member at Montreal’s annual KlezKanada Festival and frequently leads workshops and lectures on klezmer music. 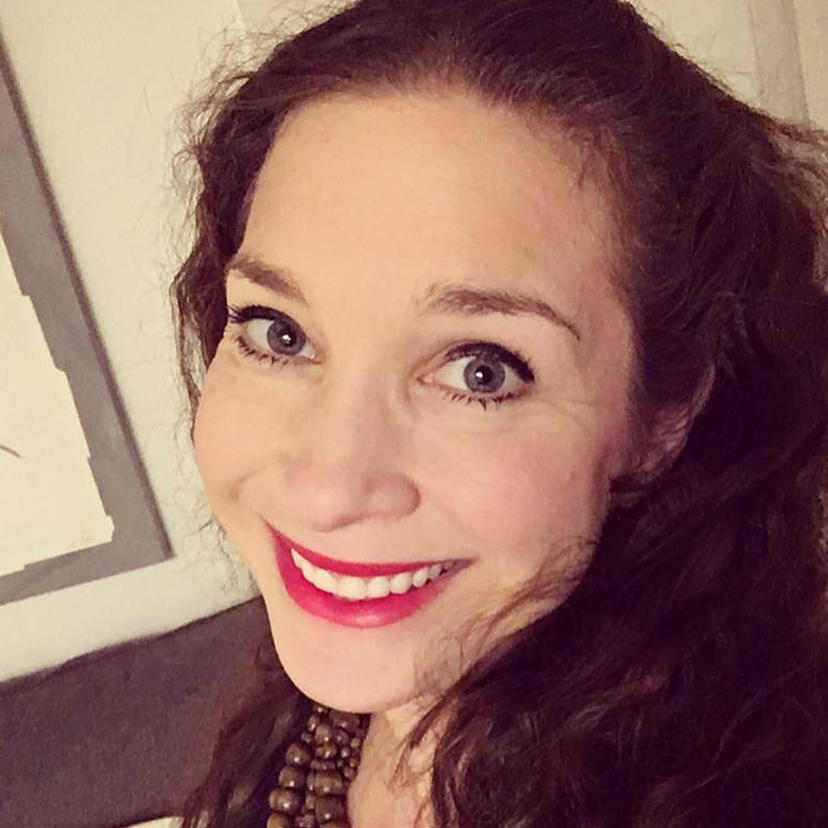 Managing Director Samantha Parnes is Ashkenaz’s longest-serving staff member. Hailing from a long line of musicians, Samantha has always had a deep passion for the arts in general, and music in particular. After receiving her B.A. (Hons) in Cultural Studies, she continued her arts education with a postgraduate diploma in Arts Administration and Community Arts Management. After working for other not-for-profit organizations, Samantha was fortunate to find an opportunity that married her skills with her passions. Since joining the Foundation in 2006, she has provided substantial expertise in financial management, event planning, venue and box office management, marketing, human resources, and volunteer management.

The senior management team is guided by a 4-member board comprised of a diverse group of individuals with an abundance of skills including legal, financial and marketing expertise and a strong interest in Jewish culture, world music, and the arts. Most members are actively involved in Jewish cultural life and serve as Ashkenaz ambassadors within their local communities. Many are linked to the community through cultural or educational institutions, synagogues, or community centres. Some are involved in the broader arts community as professionals or arts patrons. 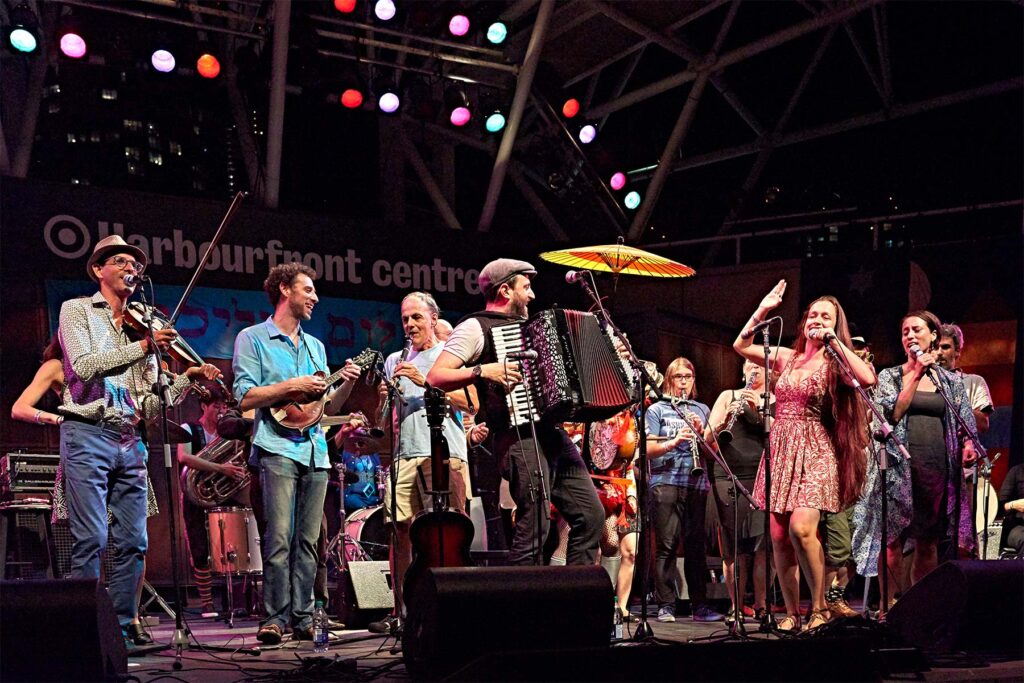 Ashkenaz 2020: Live and From the Archive 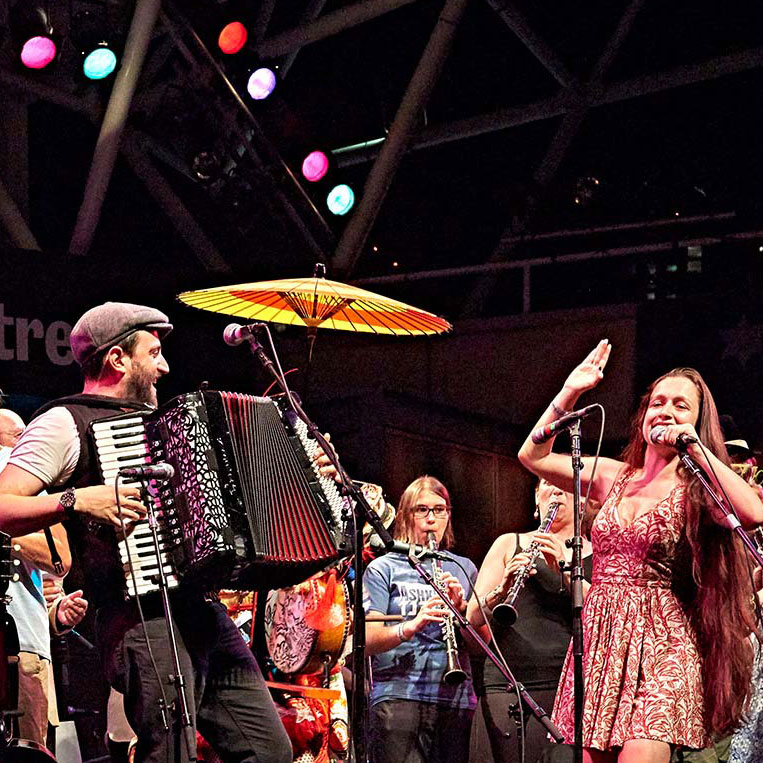 The Ashkenaz Foundation was founded in 1995 with the creation of the inaugural Ashkenaz Festival at Harbourfront Centre. At the time of its founding, the Festival served as an expression of the coming-of-age of a worldwide revival of klezmer music, Yiddish language and eastern European-based Jewish culture, that had been ongoing since the mid-1970s. From the outset, the Festival was a multi-disciplinary event with an overarching focus on music as the core of its programming. Through its first decade of existence, including six editions of the biennial Festival, Ashkenaz established itself as the largest event of its kind in North America, becoming an important and prestigious showcase for international artists working in this milieu. Throughout this period, the Festival remained anchored largely in its eastern-European-based founding vision, and the biennial festival continued as the organization’s primary activity.

Following the sixth edition of the Festival in 2006, a new management team was installed and worked with the Board of Directors to develop a new Strategic Plan in 2007. Under this new plan, Ashkenaz committed to professionalizing many of its operations, with an expanded staff complement, and introduced a new commitment to expand the organization’s activities to include year-round concerts and events in the GTA. The 2007 Strategic Plan also prioritized diversification of the organization’s programming, expanding to include a greater representation of Sephardic, Mizrachi and other forms of global Jewish music and culture grounded in multiple geographic and historical contexts for Jewish artistic expression.

Since then, Ashkenaz has successfully pursued and implemented many of the priorities and directions first articulated in its 2007 Strategic Plan. Year-round programming across the GTA has become an increasingly prominent facet of the organization’s activities, and the last six editions of the biennial Festival have featured a broader slate of artists and artistic styles/traditions rooted in multiple Jewish identities from across the globe. The Festival and year-round events attract ever more diverse audiences, particularly through cross-cultural programming that includes artists, traditions and programming partners from outside the Jewish community. Eclecticism, diversity and cross-cultural fusion are now firmly at the core of Ashkenaz’s organizational practice, alongside its founding commitment to Yiddish-based cultural expression. Over this period, the Foundation has mostly functioned with a full-time staff of three (versus one, prior to 2007), while the Board’s participation has generally been limited to oversight and governance activities (versus hands-on production and planning, prior to 2007).

Currently, Ashkenaz serves a broad constituency of Jewish and multicultural artists and audiences, attracting over 60,000 people to its biennial festival, and approximately 10,000+ attendees to its year-round programs. The Festival is highly regarded locally and internationally, within both the Jewish community and the broader arts community. The Foundation is governed by an active Board of Directors comprised of a diverse group of individuals with a strong interest in Jewish culture, world music and the arts.