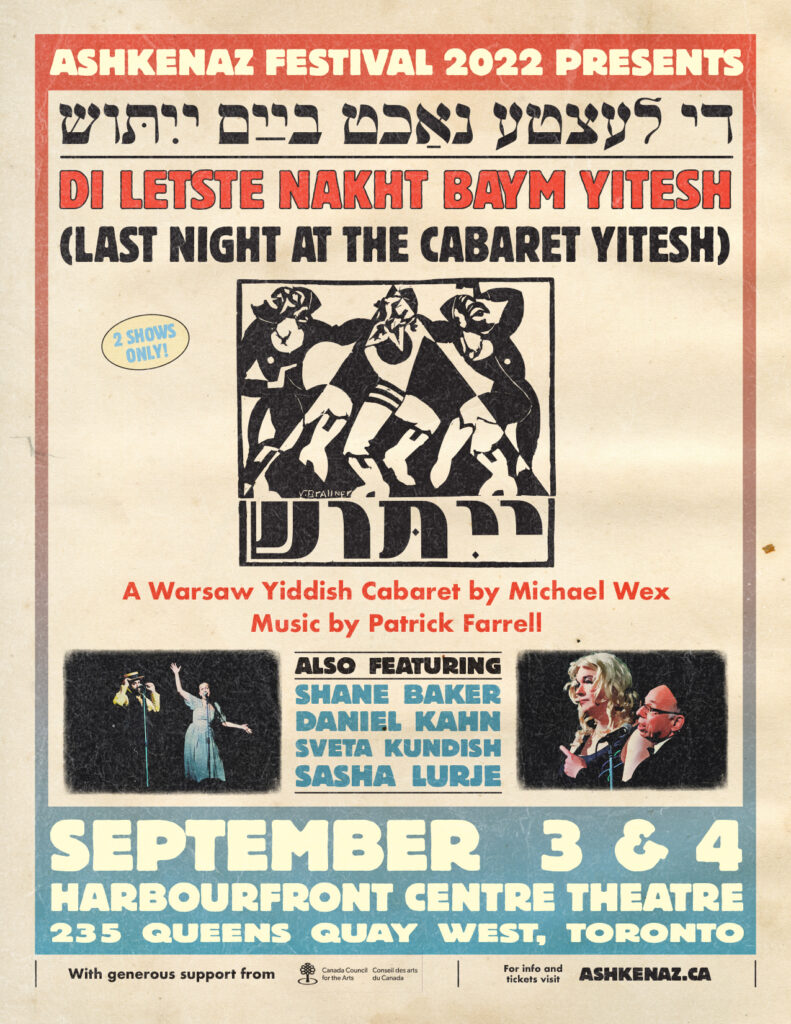 Cabaret meets The Producers in this uproariously edgy new show from New York Times bestselling author Michael Wex.  It’s March 15, 1938, the censor’s office has just advised the performers in Warsaw’s Yiddish-language “Cabaret Yitesh” that tonight’s show will be their last (Yitesh can mean a gnat that doesn’t stop biting or a non-stop sense of remorse for foolish or evil deeds). With visas to leave the country and nothing left to lose, the performers decide to present material that the censors had already forbidden, along with the cabaret’s greatest hits and most popular skits. The show mixes cabaret songs of the 30s with original comedy sketches, Yiddish adaptations of international hits and vaudeville classics, as well as more controversial and risqué original material like The Last Jew in Poland, Wex’s recreation of the lost sketch that got a real Yiddish cabaret closed down in 1938. Poignantly funny, often shocking, and always surprising, expect to see rabbis and drag queens, Brunnhildes in dirndls, at least one highly politicized hooker, and plenty of Hitler jokes, all knit together by Wex’s acid-tongued MC. The cast features Shane Baker, Daniel Kahn, Sveta Kundish, and Sasha Lurje, with musical direction by Patrick Farrell. Presented in Yiddish with English supertitles. 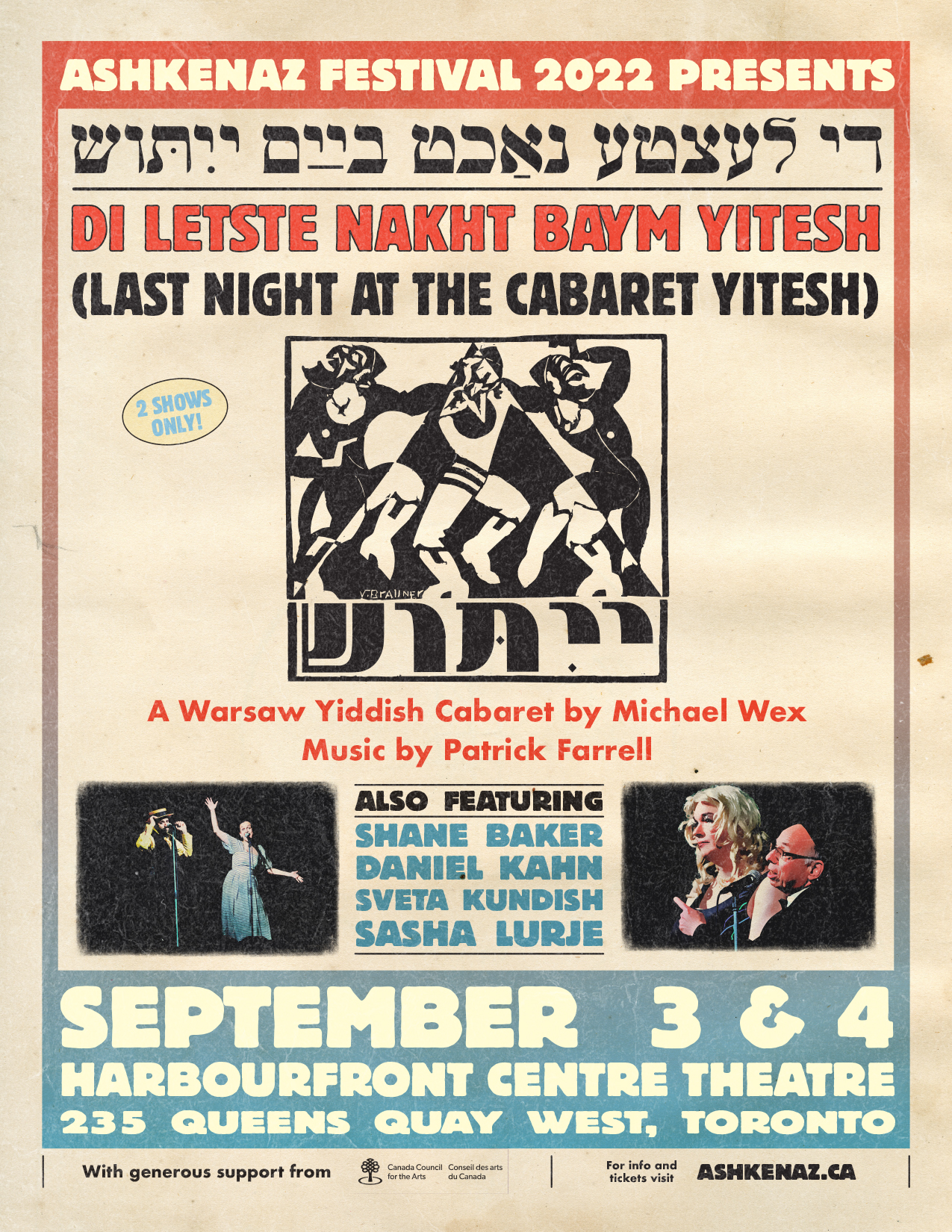